As I write this, it seems incredible that in just a few months we will be launching into Year 3 of active translocations in the Bring Back the Bluebirds project. Was this year ever busy! Our first big success was in early spring, when 4 of the juveniles fledged in 2012 returned from winter migration. They came right back to the Cowichan Garry Oak Preserve (CGOP), the Nature Conservancy of Canada property where we released our first bluebirds last year, and monitored the first known nest since 1995. Two of these juveniles mated with birds translocated this year and raised bluebird broods of their own nearby. Just as exciting, a juvenile female from San Juan Island migrated to the Cowichan Valley on her own, and nested successfully with a translocated male. 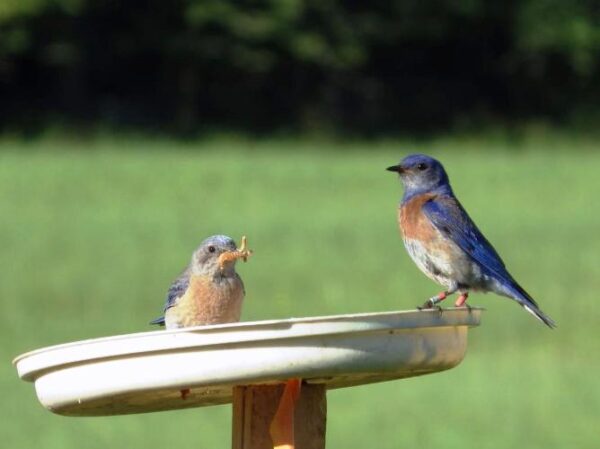 This male bluebird fledged at CGOP in 2012 and returned to nest there this year (photo: J. Daly, GOERTS)

Meanwhile, our technician, Julia, and NCC volunteers were kept hopping moving the temporary aviaries from one site to the next as we released 9 more pairs of bluebirds. With help from our project partner the Cowichan Valley Naturalists’ Society, Julia tracked 7 nests in 6 breeding territories, kept these families well-supplied with mealworms at supplemental feeding stations, and continued to survey for other released or returning bluebirds. She was joined by summer student Elizabeth Bailey to mount more than 100 nestboxes in new areas and work with interested landowners to improve habitat suitability for native birds.

As of the end of August, 2013, we had a known population of Western Bluebirds in the Cowichan Valley of 14 adults and 31 fledglings (note that our count only includes those birds on an established breeding territory). Project partner Gary Slater, Ecostudies Institute, assures us that although we must be cautious about drawing conclusions so soon, the juvenile return rate and nesting success rate are comparable to results obtained during the San Juan Island project. This evidence of survival and return, of inter-island migration, and of successful breeding is extremely encouraging for the likely success of our overall project goal of re-establishing a self-sustaining breeding population in the region.

We need your support to rebuild the Western Bluebird population, and to create a network of suitable habitat for all of the plants and animals that call Garry Oak ecosystems home. Won’t you help us? 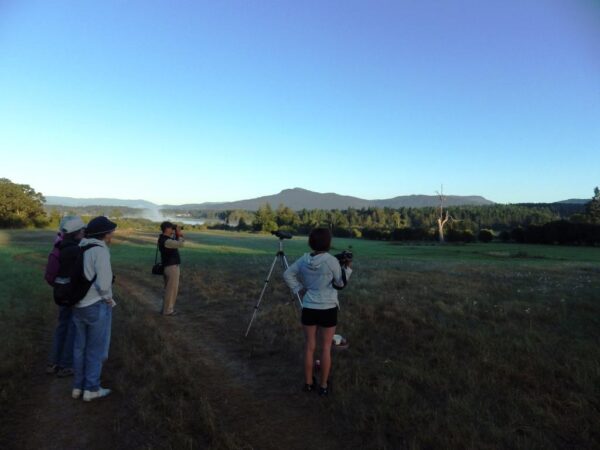