Raffle raises $568 for 'Bring Back the Bluebirds' Campaign 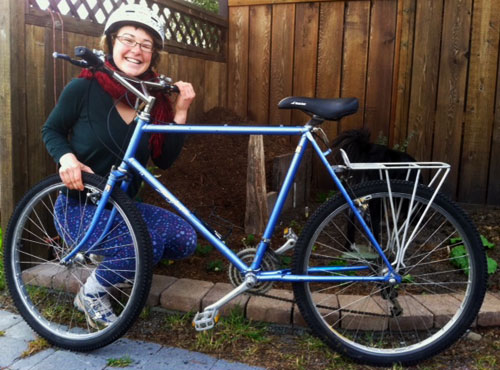 On Earth Day, we drew the prizes for our Bicycles for Bluebirds raffle. The raffle raised much needed funds to help recover the Western Bluebird to its former range around southeastern Vancouver Island and the southern Gulf Islands. The first two prizes, vintage 80s bicycles, were donated to GOERT by SPOKES and came with helmets hand-painted by local artist Elyse Portal (nee Parchoma). The bikes are a Specialized Stumpjumper, one of the first mountain bikes to be produced, and an Apollo Road Cycle, complete with its original working cycling computer.  Both bikes are bluebird blue and in mint condition. 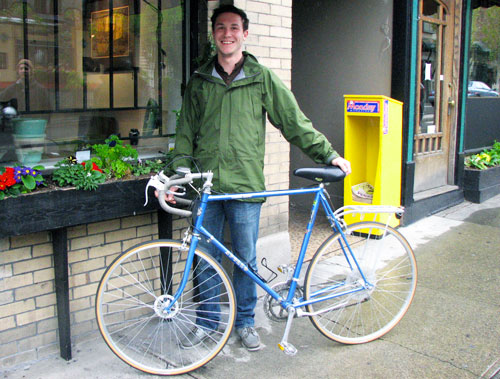 Congratulations to the winners! First prize went to UVic student Megan Cronkite, who  studies Geography and Social Justice. Megan got to choose between the two bikes and hand-painted helmets. She chose the Stumpjumper mountain bike and says, “It’s so awesome, I love it and my helmet.”  Second prize went to 22-year-old Terry Sayers of Shawnigan Lake, who was pleased to receive the road bike. “I was just looking for a new bike, and you called me about winning the raffle”. Terry has just finished a degree in finance from Vancouver Island University. Third prize went to Art Robinson, a longtime GOERT member who works at Pacific Forestry Centre. He laughed and said that he was just about to take his bike in for a tune-up when he got the call that he had won… a tune-up at North Park Bicycle Shop! Thanks to all participants and sponsors — you helped raise $568 for our Bring Back the Bluebirds project!