Reflections on my time at GOERT by Rebecca Mersereau, outgoing Executive Director 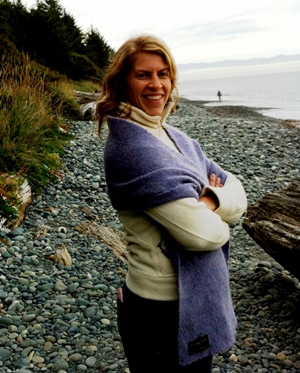 I was delighted to see many of you at the GOERT Society AGM on November 15th, where I delivered the Executive Director’s report, despite having moved on from GOERT to a position at the College of Applied Biology two weeks earlier. I appreciated the opportunity to reflect on my time with GOERT, and to outline some challenges and opportunities the organization has faced of late, and I believe will continue to confront in the months and years ahead. In keeping with our effort to achieve better coverage of the activities Society staff are engaged in, I thought it would be fitting to reprint my report here for a broader readership.

It has been a challenging, at times difficult, but formative year for the GOERT Society. I am personally extremely grateful for the dedication of our wonderful staff and Board of Directors, who provided advice, emotional support, and encouragement when it was most needed. I am also very encouraged to see the remarkable ongoing support and dedication demonstrated by GOERT supporters and volunteers, who put in countless hours for the benefit of our mandate and the recovery of Garry Oak Ecosystems. It has not gone unnoticed, and it is needed now more than ever.

Thank you for your membership, support, and undaunted efforts for species and ecosystem recovery.

2012-13 and the first half of this fiscal year have been marked by a period of considerable change at GOERT. Under the leadership of Todd Kohler, whose new title is ‘Ecosystem Biologist’, we completed the last of the recovery planning documents funded by the Parks Canada Agency, with considerable guidance from members of the Recovery Team, RIGs, and Sub-committees, most notably the Plants at Risk RIG.

The culmination of this project, in conjunction with the unfortunate loss of funding for many long-term programs carried out by both the GOERT Society staff and the Recovery Team members, necessarily resulted in some soul-searching on the part of both the Society Board and staff. This period of evaluation, planning and new program development is ongoing, but is driven by the intent to identify programs and operating structures capable of withstanding challenging economic and political circumstances, while allowing us to continue to advance our mandate of improved conservation and protection for Garry Oak ecosystems. 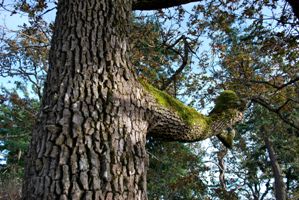 Highrock Park in Esquimalt is a favourite place

Despite our difficulty financing it, we identified capacity-raising and facilitating training for local governments to be a key priority given the considerable overlap between the occurrence of rare GOE species and local and regional government parks and lands. To this end, under the very capable leadership of Chris Junck, our longest serving staff member and now titled the ‘Habitat Conservation Facilitator’, we are planning a series of field-based workshops for parks and planning staff in selected local governments, as well as a spring ‘field tour’ to demonstrate both challenges and successes in the management and restoration of municipal parks.

Anyone who has been involved with our successful Bring Back the Bluebirds Project knows it is saying a lot about the state of affairs when you refer to this continually-evolving project as a constant! We are now close to 2 years into this 5 year project, and the sensation of flying by the seat of your pants is finally beginning to diminish. The project, though exciting and charismatic of course, is riddled with logistical challenges, budgetary uncertainty, and almost daily judgment calls based on the behavior and activities of both the birds and our extensive project partners – without whom the project would certainly not be viable. Though our naïvety in jumping into this project has become apparent, as the program coordinator, Kathryn Martell has more than risen to the challenge and helped establish the project as a leading-edge international population translocation initiative.

I also want to acknowledge the contributions of Craig Elder, who joined us as the part-time bookkeeper in January. Craig’s extensive work experience has been a significant source of reassurance for me and the Board, by ensuring that adequate controls and tracking are in place to prudently manage our finances. Craig also has an impressive list of volunteer habitat restoration projects underway which ensured he was a good fit with the rest of the staff. 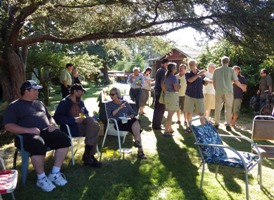 Members came to a bbq to celebrate our new office

I would be remiss to not mention past employees Carolyn Masson and Holly Clermont, our former Communications Coordinator and Local Government/First Nations Liaison respectively. The decision to cut these positions was the most challenging thing I had to do during my time at GOERT.

The combination of the expiration of our funding agreement with Parks Canada at the end of this fiscal year and a lack of alignment between our activities and the priorities of the Habitat Stewardship Program means we can no longer rely on funding originating from the federal government, which at times in our past has accounted for as much as 95% of our annual funding. We dearly miss Carolyn’s presence in our office and her extensive networks with GOERT supporters, both new and historical. And we are extremely grateful to Holly for enabling us to establish lasting relationships with many local governments, and to gain a foothold in the northern part of the range of Garry Oak Ecosystems, facilitated by her satellite office base in Nanoose Bay. I also want to recognize the extremely impressive and selfless contributions of Julia Daly, who over the course of 14 months allowed us to get off to a remarkably successful start by supporting bluebird translocations, undertaking daily care and monitoring of the birds, and getting landowners on-side by recruiting an impressive contingent of nestbox hosts.

For my part, I’ve spent considerable time over the past year developing internal policies including a personnel policy, travel and expense claim policy, purchasing policies, as well as supporting the Board in strategic planning and trying to bring our expenses down to size in response to both planned and unexpected reductions in revenue. With the support of the Society Board, I embarked on a series of discussions with the Recovery Team and its component groups to redefine the relationship between the Society and the Recovery Team in order to address confusion over roles and responsibilities, and to address the growing gap between the expectations and priorities of funding agencies and the activities initiated by the Recovery Team, which was having the effect of stretching staff members too thinly by pulling them in many directions. This was a very difficult and sensitive problem to both identify and address, and I very much appreciate the understanding demonstrated by all who weighed in on these formative discussions. 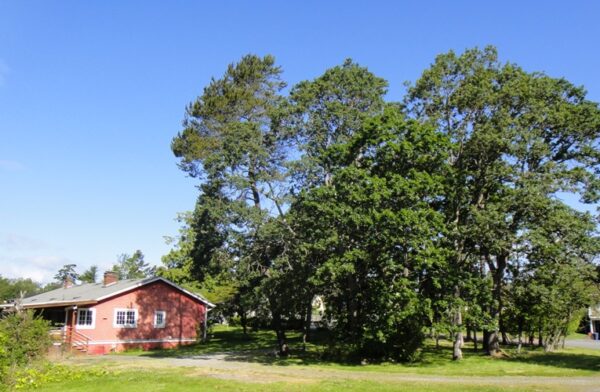 Other notable events in the recent life of GOERT staff include an office move to a lovely renovated house inside the Swan Lake Nature Sanctuary. This was a welcome change for all staff, who had grown weary of the street “musicians” (a term I use very loosely in this context) outside of our Courtney Street office downtown. Our new office setting is beautiful both inside and out, and I encourage all of you to stop by if you have not yet had an opportunity to see it. We also hope our proximity to the Swan Lake Christmas Hill Nature Sanctuary – the organization that is – as well as the Coastal Invasive Species Committee will result in new partnerships down the road.

Speaking of partnerships, the GOERT Society has engaged with many new partners, both formally and informally, over the past year. We have been participating as a member of the Steering Committee for the Coastal Douglas-fir Conservation Partnership, primarily to help inform the development of this new multi-stakeholder effort, and have participated in meetings and planning initiatives for many other complementary groups, including the Cascadia Prairie Oak Partnership, the Capital Region Invasive Species Partnership, and the Local Government Species and Ecosystems at Risk Working Group. 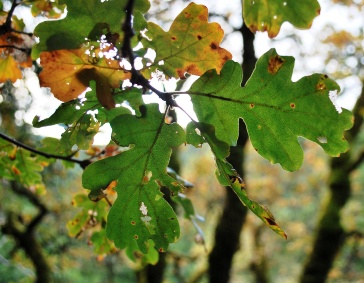