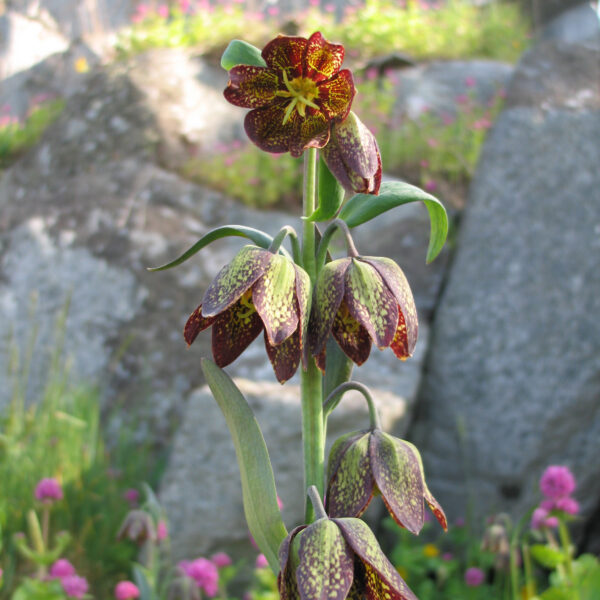 Prairies and grassy bluffs to woodlands and coniferous forests, from near sea level to nearly sub-alpine. Along the coast and inland along the major river valleys (Pojar and MacKinnon, 1994).

Bulbs were steamed in pits and eaten. Said to be tender and delicate, resembling rice but slightly bitter (Pojar and MacKinnon 1994).

Pick seed when capsule is no longer green and begins to split along the seams. Pick into a collection bag, allow drying, and then shaking to release the seed (King, 2001).

Store seeds dry in sealed containers at 5º C. Viability under storage is unknown.

Sow seeds in fall in outdoor nursery flats to allow seeds to break dormancy naturally, or sow stored seeds in spring after three-month cold stratification. Flats may show no germination for up to six months. Protect seedlings from bright sun during mid-summer. Hold seed flats in a shady spot until the fall of the second year before transplanting. Plants may take four to six years to produce flowers (Pettinger and Costanzo, 2002).

In late summer to early fall (when the plant is dormant), chocolate lily can be propagated from bulb scales or bulb off-sets removed from the mother plant after die-back (King, 2001).