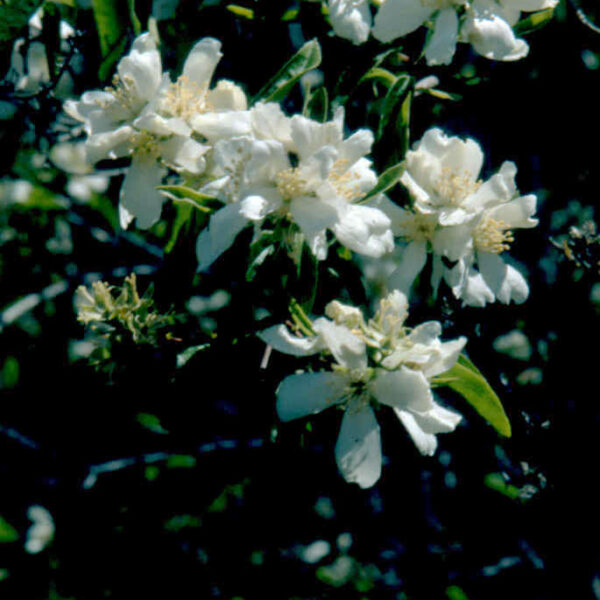 Early to mid-seral species. Often present in seral shrub communities following logging and burning. Top may be killed by fire but the root crown usually survives and produces sprouts (Carey, 1995).

Riparian bank stabilization, adapted to areas of full and partial sun. Suitable for both upland and seasonally inundated areas (SSWC, 1998). Not suitable for compacted clay soils (Crowder and Darris, 1999).

The Saanich and Skagit used the wood for bows and arrows; the Lummie and Cowlitz used the wood for combs, netting shuttles and knitting needles. The Snohomish, Cowlitz and others used a lather obtained by bruising and rubbing the leaves and flowers for cleansing the skin (Pojar and MacKinnon, 1994).

The wood is strong and hard and does not crack or warp when cured properly (Pojar and MacKinnon, 1994).

Early May to mid-June

Check during mid-August for seed development and frequently prior to collection to ascertain collection timing. Use cutting test, half-section method to assess developing seeds within capsules. Capsules are best collected from standing plants by hand-picking directly into picking bags (Banerjee et al., 2001). Extract seeds by gently crushing the dried capsules and passing them through an aspirator (Rose, 1998).

Stratify seeds at 5º C for eight weeks. Germinate at temperatures from 22-26º C. Can also be fall-sown.