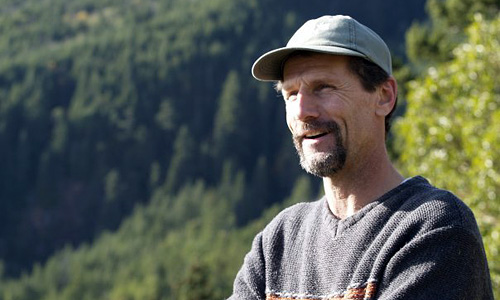 The Cowichan Garry Oak Preserve (CGOP) is situated 6 km east of Duncan, BC and has been the focus of intensive restoration since its purchase by the Nature Conservancy of Canada (NCC) in the late 1990s.

The site was owned by the Elkington pioneer family and had been used for agriculture since the 1860s. Fortunately, the Elkingtons had the foresight to keep a large portion of their land relatively undisturbed, leaving a legacy of one of the largest, most intact Garry oak woodland meadows on Vancouver Island. Because of the relative abundance of native plant species and the presence of rare species, the site is an excellent candidate for restoration.

Of particular relevance to the restoration community are the development of new techniques for invasive species control through rigorous scientific testing as well as the hands-on practical experiences gained in the propagation of plant species at risk at our nursery on site. The Cowichan Garry Oak Preserve is the epicentre of this activity, with as many as six research projects underway at any point in time. Current research partnerships include the University of Guelph, Simon Fraser University, the University of Notre Dame, The Nature Conservancy (US) and the Institute for Applied Ecology. Also of significant interest is NCC’s ambitious work towards recreating Garry oak habitats from ‘scratch’ on lands adjacent to the Cowichan Garry Oak Preserve that had been historically converted to hayfields and pastures (Quamichan Preserve, also owned by NCC).

In addition, NCC’s stewardship team is playing the lead role in the restoration and management of other Garry oak habitats in the Cowichan Valley, in partnership with local groups. These areas include Mt. Tzuhalem Ecological Reserve, Somenos Garry Oak Protected Area, and various municipal lands owned by North Cowichan. NCC is seeking to expand into other Garry oak habitat areas in the Cowichan Valley such as Eagle Heights, which is actively being pursued for acquisition as a conservation area.

Tim Ennis, NCC’s Director of Land Stewardship (BC Region), oversees the project. Irvin Banman is site manager and has been doing restoration work there since 2001. There are a variety of volunteer opportunities throughout the year, mainly weeding and planting.