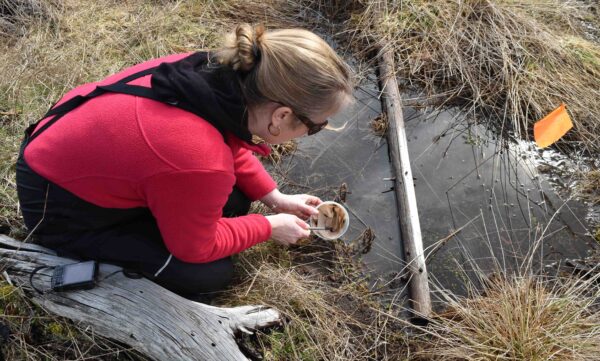 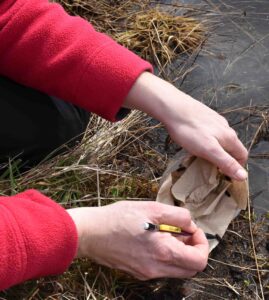 At times in February and March it didn’t seem like spring was in any hurry to return to Denman Island. The seasons are finally changing and with any luck you may see rare Taylor’s Checkerspot butterflies flitting about the Island soon. Butterfly watchers were encouraged by relatively large numbers of the Endangered butterflies that they saw a few weeks after the release of nearly 1,300 captive reared larvae last year. Hopefully many of their offspring have survived the recent wintry weather. On March 15th the Taylor’s Checkerspot Butterfly Recovery Project Team (TCBRT) released another 255 larvae that overwintered at the Greater Vancouver Zoo.

Prior to the larval release, Denman Island volunteers from the TCBRT’s Community Working Group, contractors and BC Parks staff spent several days enhancing butterfly habitat in parts of Denman Park and Protected Area. They removed brush and other vegetation that was shading open areas that the butterflies require, and installed plants such as native strawberries, yarrow and speedwell to provide food for larvae and nectar sources for the adults. Similar work was also done on lands managed by the Denman Conservancy Association and a few private properties. 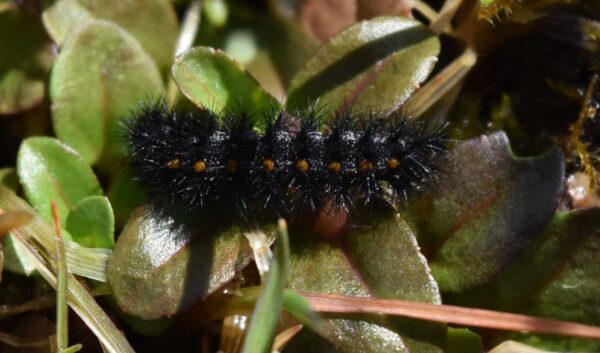 Some of the caterpillars began to feed as soon as they were released.

The Taylor’s Checkerspot Recovery Project is supported by the BC Ministry of Environment and BC Parks, Denman Conservancy Association, Environment Canada’s Habitat Stewardship Program, the Garry Oak Ecosystems Recovery Team, the Greater Vancouver Zoo, Wildlife Preservation Canada, and many volunteers. If you wish to become a project volunteer, or you see Taylor’s Checkerspot larvae or butterflies on Denman Island, please contact Deborah Bishop. 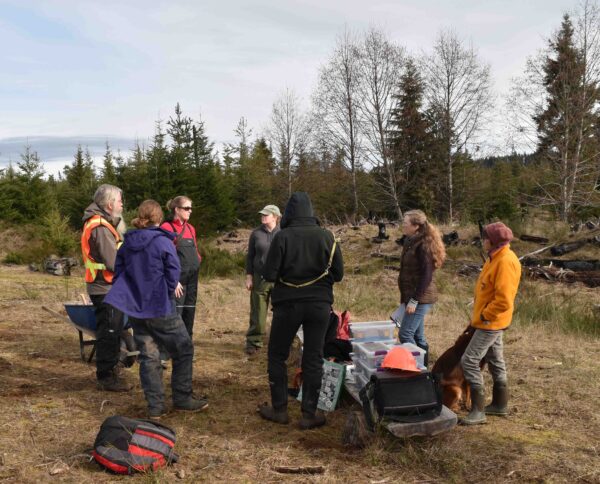 TCB Recovery Project Team members discuss where to release the larvae. The Team is a partnership comprised of several organizations and community volunteers. All photos by Chris Junck