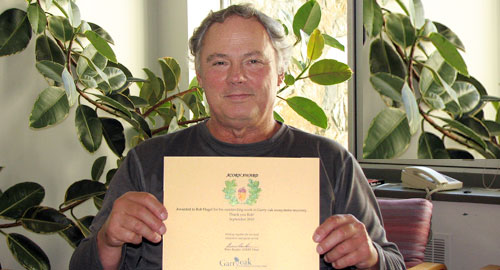 Acorn Award September 2010: It was our pleasure on September 22 to present Rob Hagel with an Acorn Award for his many years of dedication to Garry oak ecosystems restoration. Rob has been the chair of GOERT’s Native Plant Propagation Steering Committee (NPPSC) since 2003. He works as the Supervisor of Greenhouse and Grounds for the Canadian Forestry Service at the Pacific Forestry Centre (PFC). Rob plans to retire from PFC in 2011, and is making noises about retiring as chair of the NPPSC as well.
How it all started
Before working at PFC, Rob was employed for ten years by the BC Forest Service Silviculture Branch. He worked with nursery equipment development, nursery trials at many container nurseries, and assisted in finding suitable sites for forest seedling nurseries in regions that did not already have nurseries. He started at PFC in 1985, where, in the fields of plant propagation and horticulture, he has always been encouraged to work in collaboration with local universities and colleges, municipalities, and in the last ten years, with GOERT. 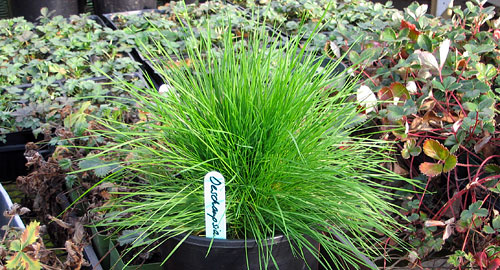 Moralea Milne, a member of the NPPSC, says “Rob is a prince and has donated countless hours, expertise and patience to facilitating non-profit groups in growing native plants for restoration projects and educational ventures. He has donated to projects for Bob Bridgeman (Mt Douglas), myself (Metchosin Day), biologist James Miskelly, Mt. Tolmie Conservancy Association, the UVic Garry oak restoration project, and Woodlands at Government House (Pat Boyle) to name a few. Plus he is the chair of NPPSC and does all the minutes and organizes our very successful workshops.” He also regularly lends plants to GOERT for our displays at events and has helped us start our own native plant garden on the office balcony.
Another member of the NPPSC, Fred Hook says “Rob is extraordinarily generous with his time and knowledge and support of restoration programs all over the islands. He makes plants available for projects that otherwise would not be available. He provides not only the plants, but also the knowledge of how to work with them. Has an impressive collection of rhododendrons at his own native plant garden and often brings in plant stock from his own property. He is a rhododendron expert and is also interested in exotic plants. When you work in the field for a long time, you get to know the experts. Some are expert at cuttings, some at seeds, some at division – Rob is an expert in it all.” 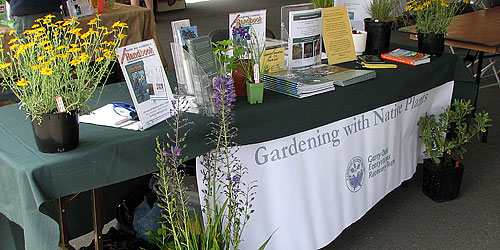 Gone fishing
In addition to his interest in plants, Rob is an avid fisherman and could just as easily have been a fishing guide. He regularly goes for salmon and halibut in his nice new boat, a 21.5 Campion 200-horse outboard with all the goodies: 9.9 HT kicker, radar, GPS chart plotter, trim tabs and a stereo because “you’ve gotta have tunes when you’re out there.” He also has a place on Cowichan Lake for lake fishing, but rarely gets there.
Rob’s colleague at PFC, Erich Moerman, says the staff put their earplugs in when the fishing stories start. Rob loves to regale them with tales of his fishing exploits. But he does keep them from complaining too much by providing them with the occasional ‘hush halibut’, ‘silencing salmon’, and ‘quieting crab’. Because of Rob’s involvement with GOERT and native plant propagation, Erich has learned a lot about native plants and says, “Plants that I once would have treated with Round-up are now species that I care for and treat with respect. See what an education can do?”
Unauthorized pruning
Rob is close to retirement, but his wife Darlene doesn’t want him to retire yet, because she herself has just retired from thirty-six years of teaching, and hasn’t had the house to herself long enough. She says, “Rob has an incredible green thumb, is very knowledgeable about plants, and very generous about giving them away. Whatever he touches seems to grow. But he’s always accusing the neighbour and myself of unauthorized pruning. He’s not big on planning the garden — it’s what’s good for the individual plants that matters. He never maps it out, and rarely prunes. Things get out of control and that’s when the ‘unauthorized pruning’ comes in.” Rob and Darlene have two grown daughters. 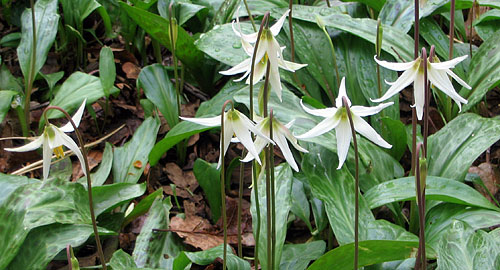 Under Rob’s leadership, the NPPSC has produced GOERT’s Native Plant Propagation Guidelines, and Guidelines for Ethical Collection and Use of Native Plants. The group has also surveyed local nurseries and encouraged them to carry native plants and they’ve built a demonstration native plant garden at PFC.
Thank you Rob, from all of us, for your many contributions to Garry oak ecosystems recovery over the years.