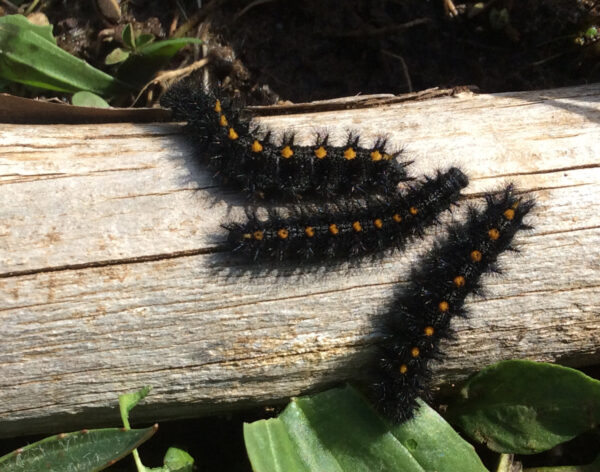 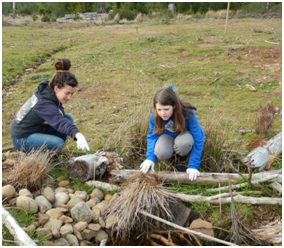 After nearly two years of planning by GOERT’s Invertebrates at Risk Recovery Implementation Group; extensive habitat enhancement work by local volunteers, BC Parks staff, and contractors; and months of feeding larvae and preparing them for wild conditions, the first release of Taylor’s Checkerspot larvae in Canada was completed in late March and early April. More than 280 larvae from the Taylor’s Checkerspot Conservation Breeding Facility were released into the Butterfly Reserve of the BC Parks Denman Island Protected Area at pre-surveyed sites. The locations were each selected by a local biologist, based on food availability, shelter and site hydrology. 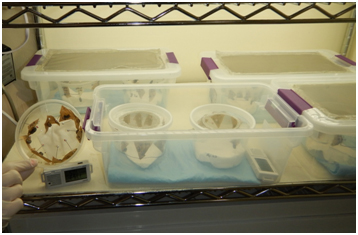 Adult butterflies will also be released soon. A monitoring program during the adult flight season will attempt to gauge the success of the releases and efforts to supplement the existing population that has rapidly declined in recent years. The species recovery work provides opportunities to involve people of all ages and educate the public about the importance of butterflies as pollinators in woodland meadow habitats.