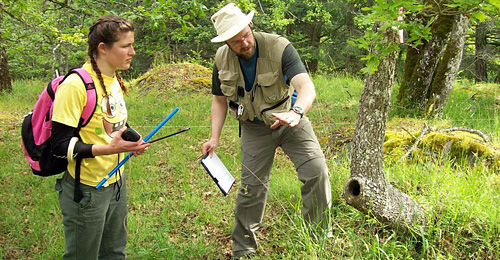 Crow’s Nest Ecological Research Area is a 72.7 acre site on Salt Spring Island that was gifted to Trinity Western University (TWU) by benefactors Dirk and Emma Vanderkooi in 2000. In addition to its breathtaking views, the property holds much ecological significance as it is home to some of the few remaining Garry Oak meadows in Canada. 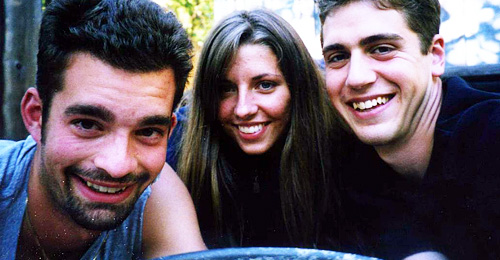 In the summer of 2001, three Trinity Western University (TWU) students set out to study the land the school had been given. The students, Reuben Koole, Danica Neufeld McKenzie, and Andrew Burkinshaw (affectionately known as “Tom, Huck, and Becky”) produced maps, identified plant and animal species, and researched the ecology of TWU’s Crow’s Nest Ecological Research Area, beginning a rich tradition of student research that continues to this day. 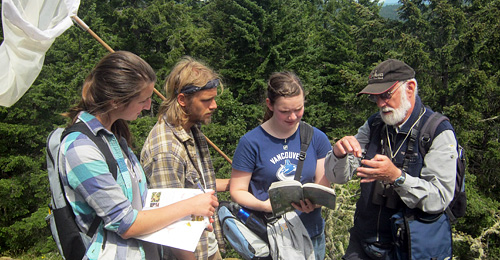 Efforts to monitor rare species in conjunction with habitat restoration measures on the site have been supported by Environment Canada and NSERC. TWU has been monitoring the Propertius Duskywing butterfly (Erynnis propertius) at Crow’s Nest and two other Salt Spring sites since 2007, as well as a number of rare bird species, such as the ironically named “Common” Nighthawk (Chordeiles minor). They have set up nestboxes for the Western Bluebird (Sialia mexicana), and conducted inventories of rare plants such as the Provincially Red-listed lichen, Exploding Beard (Usnea intermedia). Restoration studies have been led by TWU faculty David Clements, David Jordan, Geraldine Jordan and Paul Brown to examine issues that degrade the Garry Oak meadows at Crow’s Nest such as deer grazing, invasion of non-native grasses, and encroachment by Douglas-fir. 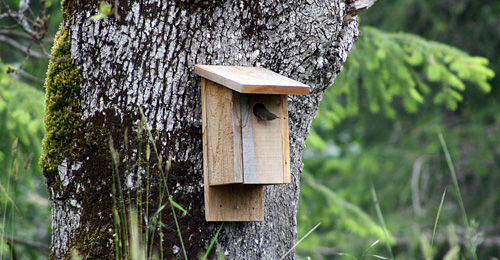 Much of TWU’s work on Salt Spring Island has relied heavily on partnerships: deer grazing studies in collaboration with UBC researcher Peter Arcese, nestboxes set up by biologist Susan Hannon with the Salt Spring Island Conservancy, bird and dragonfly monitoring in conjunction with A Rocha Canada, and Mt. Maxwell fire recovery studies in conjunction with BC Parks, to name a few. Since “Tom, Huck and Becky” first resided at Crow’s Nest, a solid but rustic infrastructure has been set up with three small cabins on site, which has helped facilitate partnerships, such as the one with UBC where Ph.D. student Emily Gonzales and her assistants camped out for 103 straight days of vegetation measurements one summer. TWU also runs an undergraduate travel studies experience featuring Marine Biology and Plant Ecology courses on Salt Spring Island every two years during the month of May.

View a video guided tour of the TWU work at Crow’s Nest  (scroll down to the title Crow’s Nest Ecological Research Area).