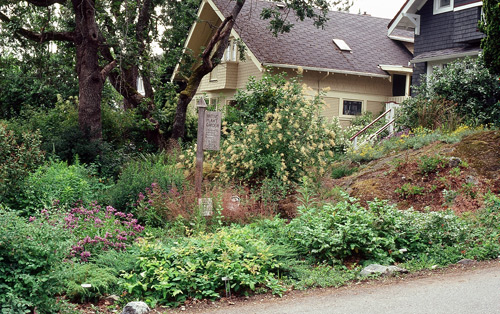 Over a period of four years, Pat Johnston and seven friends from Victoria’s Native Plant Study Group met consistently two hours per week to transform her city lot into a thriving native plant demonstration garden. Although Pat has recently sold the property, it remains a native plant garden and can be viewed from the sidewalk in the Oaklands neighbourhood of Victoria. The project has spawned several other native plant gardens in the region. To begin with, the front yard was home to a rock outcrop, lawn and two Garry oak trees. Over the years, the crew transformed the yard by:

Pat is now a native plant gardening consultant and teaches workshops at Swan Lake Christmas Hill Nature Sanctuary sponsored by CRD Water Services. Find out more about the workshops here or by calling Swan Lake at 250-479-0211.
Here are some ‘before and after’ photos of the project (all photos courtesy of Pat Johnston). To increase the size of images and text, hold the ‘control’ key and use the scroll button. 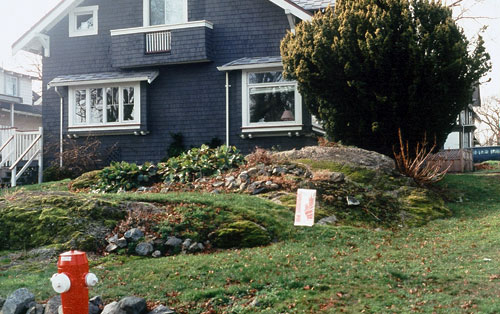 Before: Kings Road Native Plant Garden before work began, showing the rock outcrop partially covered by fill and lawn. The large shrub is an English yew.

After: lush native plant garden with sign and pamphlets to inform neighbours about the project. Plants in bloom (clockwise from centre): oceanspray, woolly sunflower, creeping oregon-grape and coast penstemon. 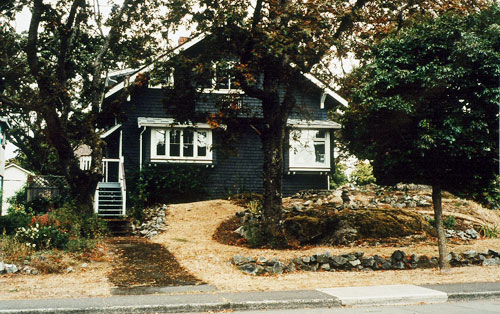 Before: dry lawn at the end of summer, with Garry oak trees left and centre. 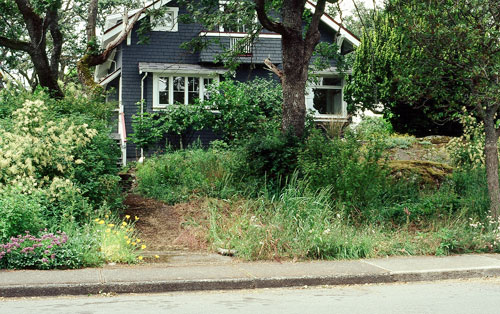 After: the native plant garden in spring, with a thicket on the left and the beginnings of a meadow on the right. 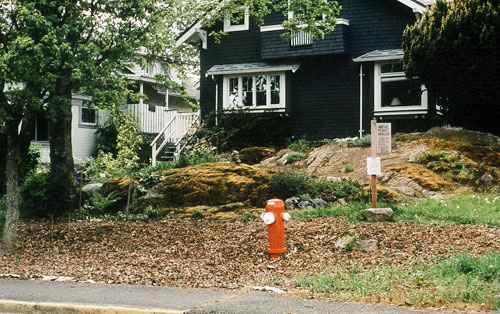 Before: early stages, with sheet mulch in place (1/4″ of newspaper covered with 10″ of oak leaves) to prepare the ground for a meadow. 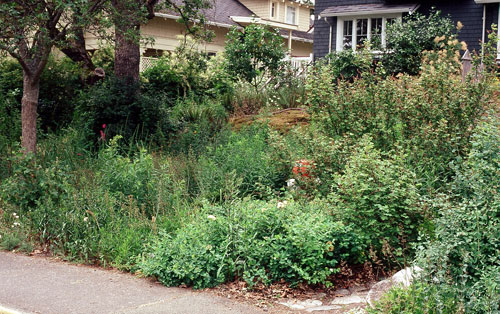 After: the meadow (left) is separated from the thicket (right) by a stone footpath. 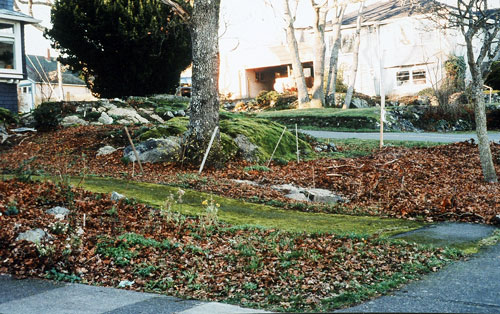 Before: in the foreground, natural leaf fall at the site of a future thicket, and in the background, deep sheet mulch prepares the ground for the Garry oak meadow. 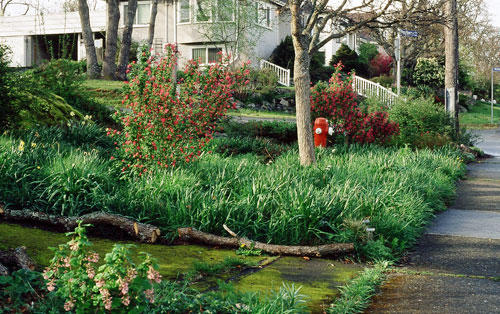 After: a few years later, the meadow is full of camas lilies (not in flower) and red-flowering currant (see also pink variety in foreground). A few daffodils remain. 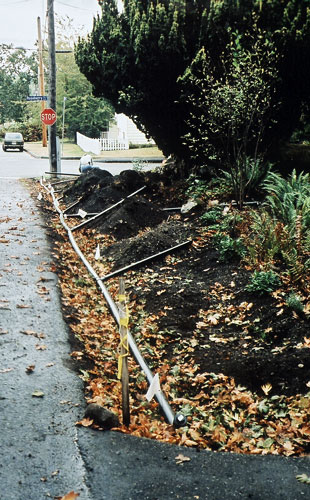 Before: a passive irrigation system is installed to capture rainwater from the sidewalk. 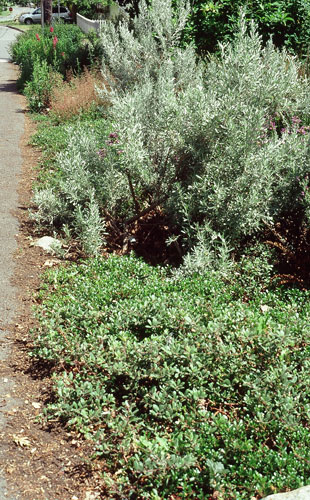 After: the native plant border along the sidewalk, showing kinnikinnick in the foreground and Okanagan sage brush (not native to this region) in the background.

For more about the techniques used in this project, see The Garry Oak Gardener’s Handbook, take a workshop with Pat, or contact her at 250-595-5600 or patty.j@shaw.ca.