A long-term initiative by BC Parks and the Taylor’s Checkerspot Butterfly Recovery Project to re-establish a population of the critically endangered species in Helliwell Provincial Park reached a major milestone in March. Approximately 5,400 Taylor’s checkerspot butterfly larvae were released in Helliwell’s coastal bluff meadow over a three-week period. The caterpillars were reared at the Greater Vancouver Zoo with the support of Wildlife Preservation Canada staff. A minimum of 5,000 larvae per year seems to be an important factor for successful butterfly reintroductions. 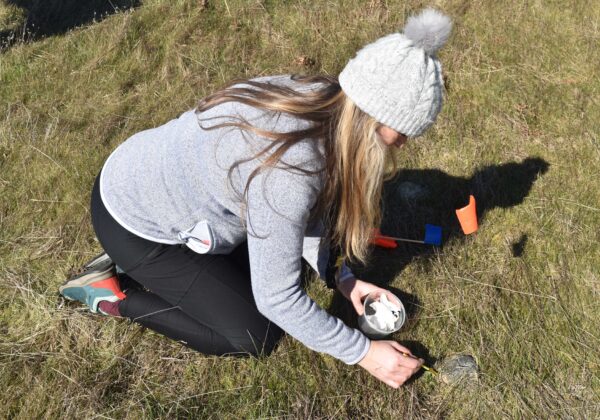 Jennifer Heron demonstrates how to carefully transfer larvae with a brush. Photo by Chris Junck.

“We know from other projects that releasing at least 5,000 larvae per year for at least five years seems to be what is needed to establish a population because that will usually result in about 250 adult butterflies each year,” said Jennifer Heron, Chair of the Taylor’s Checkerspot Butterfly Recovery Project Team and provincial invertebrate conservation specialist with the BC Ministry of Land, Water and Resource Stewardship. 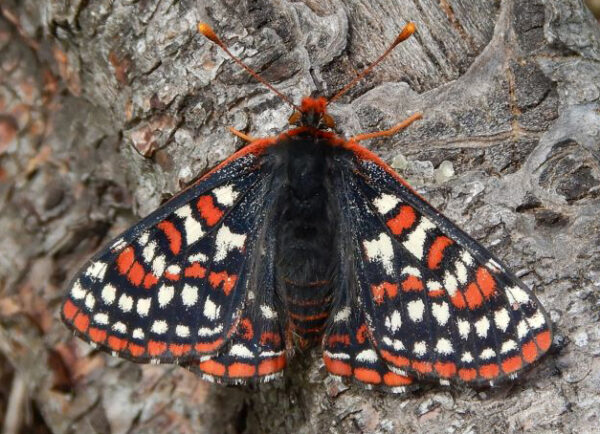 Many hands were needed to release 5,400 caterpillars in Helliwell. Photo by Chris Junck.

Many of the caterpillars immediately began searching for their favourite foods, such as the leaves of English plantain, small-flowered blue-eyed Mary, or harsh paintbrush. If all goes well, they will progress through a few more developmental stages, pupate, and then emerge as spectacular orange, black and white checkered butterflies in late April to early June. 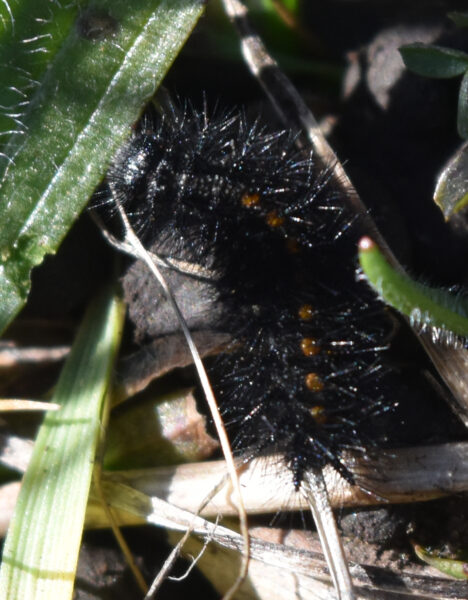 Trampling is a key threat for caterpillars and their food plants. Park visitors can help protect the caterpillars by staying on the trails that are delineated by ropes and restoration area signs. Also, visitors are reminded that dogs must be on a leash according to provincial park regulations and bikes aren’t allowed in this park.

Please stay on marked trails to avoid trampling insects and their food. Photo by Chris Junck.

If you spot a Taylor’s checkerspot, please don’t pick it up. Instead, report sightings to Taylors.Checkerspot@gov.bc.ca, or by using the free iNaturalist app (www.inaturalist.org). It’s an easy-to-use species identification tool that enables citizen scientists to record and contribute important species data for projects around the globe.

The recovery initiative required extensive habitat restoration in the park, such as selective tree and invasive plant removal, and adding native plants and seeds. Although focused on Taylor’s checkerspot butterflies, several other at-risk and uncommon coastal bluff species benefit from this project, such as dun skipper butterflies and about a dozen other range-restricted butterflies, western bumble bee, bats, western screech-owl, and numerous other birds and plants. 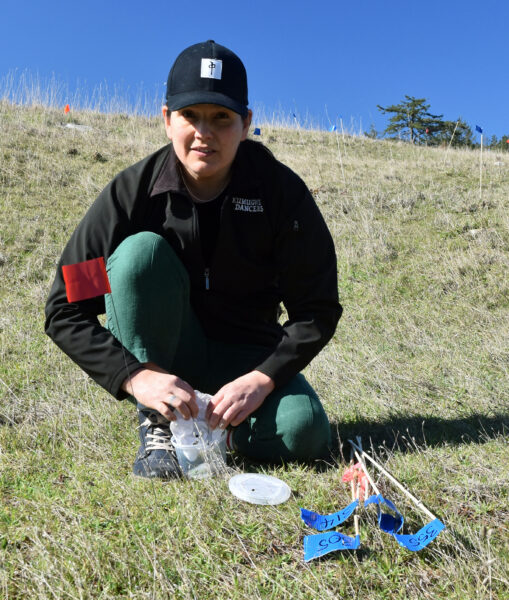 The recovery project has benefited from funding and in-kind contributions from the BC Parks License Plate Program, the Habitat Conservation Trust Foundation, the Environment Canada Habitat Stewardship Fund and others.