Harling Point is a small site of natural and cultural significance in Oak Bay, composed of an urban park and private property. A semi-natural coastal area with rare plants and ecosystems, it is nestled next to the Chinese Cemetery National Historic site. The private property, which includes the National Historic Site, is privately owned by the Chinese Consolidated Benevolent Association of Victoria, and the small adjacent park is Oak Bay Municipal land. With permission from the landowners and managers, and support from the Habitat Stewardship Program and Parks Canada Agency, GOERT has been involved in restoration at the site since 2005.

Although the Harling Point restoration project area is only 100m wide by 270m long, and despite the fact that approximately half of the site is occupied by the cemetery’s maintained lawn, Harling Point remains an important site for the survival of seven species of rare plants associated with Garry Oak ecosystems. In Canada, three of the species are found at only a handful of locations. Victoria’s Owl-clover  (PDF 1.3MB) (Castilleja victoriae) only exists at Harling Point and three other sites in the world—two in Oak Bay and one area on the San Juan Islands. These rare plant populations are associated with the mosaic of Garry Oak ecosystems found at Harling Point: a rarely-occurring coastal bluff with stunted oaks and dense Snowberry and Nootka Rose; open rocky balds; shallow, well-drained pockets of thin soil; and vernal pools that dry up in the summer. The shoreline is made up of an eroding bank and sloping bedrock. 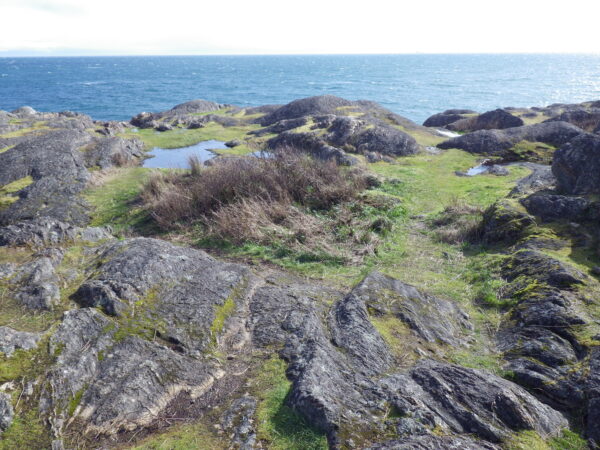 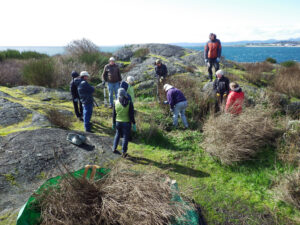 Join us for a work party!

The issues presented by invasive species and the presence of a relatively intact natural area at Harling Point offer an opportunity for enthusiastic individuals to contribute to protecting rare plants and restoring natural habitat.
Volunteers are integral to controlling invasive species at the site. Contact Chris Junck (250-383-3445) if you’re interested in joining a volunteer work party in the fall.