Nipping Aliens in the Bud (and Elsewhere)

Oak Bay Parks Services staff and Friends of Uplands Park (FOUP) members huddle around biologist Carrina Maslovat on a crisp October morning. She is demonstrating the best way to deal with pesky, dangerous aliens.  The sharp blades of her loppers slide beneath the soil. A quick snip and another poisonous, invasive Daphne Laurel plant is no longer a threat to the visitors, rare Garry Oak habitat and at-risk species in Uplands Park. 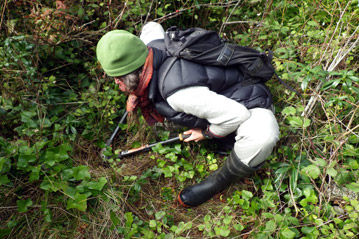 The pockets of deep soil, rocky bluffs and seasonally wet areas in Uplands Park are home to more than a dozen types of rare plants. This includes Victoria’s Owl-clover, a species that is only found in another Oak Bay location, on Trial Island, and on one of the San Juan Islands. That’s it – four small populations in the entire world! Parks staff and FOUP members recognize the importance of Uplands Park and they are eager to learn how they can reduce threats to its endangered species and habitats. On this day, Carrina and GOERTS’s Chris Junck provide the best practices information that staff and volunteers need to better manage invasive plants, such as Carpet Burweed, English Ivy, English Hawthorn, Scotch Broom, Gorse and many others.

The workshop is sponsored by Parks Canada Agency. Although Uplands is not a federal park, Parks Canada is the lead federal agency responsible for recovery efforts pertaining to species at risk in Garry Oak ecosystems.  They have been a member and generous supporter of the Garry Oak Ecosystems Recovery Team and the Society for many years. 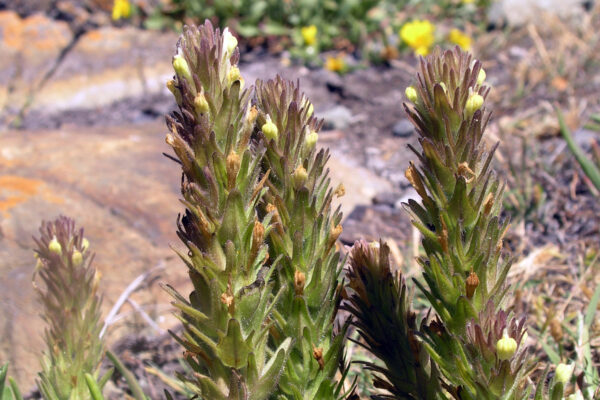