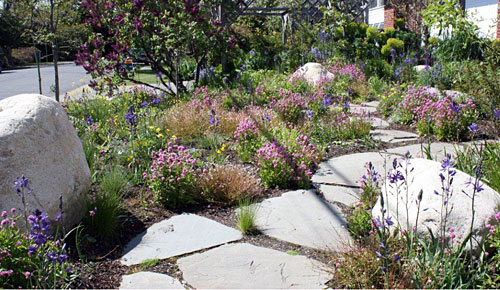 With all the kerfuffle in the news about Maleea Acker’s front yard native plant garden, and the interest the subject has generated, we thought we’d feature a Garry Oak native plant garden this season. This garden was created by our former Executive Director, Louise Goulet. 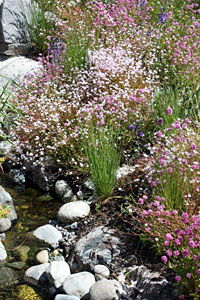 Louise Goulet’s garden in May 2009

Louise began salvaging native plants for her garden in 2007, around the time that she retired from GOERT. After their house construction was finished, she planted the garden in winter 2008-2009, and was delighted with an amazing first bloom in spring 2009. Her Oak Bay garden has attracted hundreds of people for her annual spring garden tours, and has served as inspiration and a teaching tool for many. Here are her objectives, method, and some photos. Photos contributed by Louise Goulet unless otherwise noted.

Objectives
• To create a native garden to help salvage Garry Oak ecosystem plant diversity
• To create a native garden that is beautiful year-round and that can be used as an educational tool by neighbours, friends, government staff, gardeners, biologists and others interested in native plants
• To learn about native plants and to help other groups or individuals also trying to learn and protect these plants 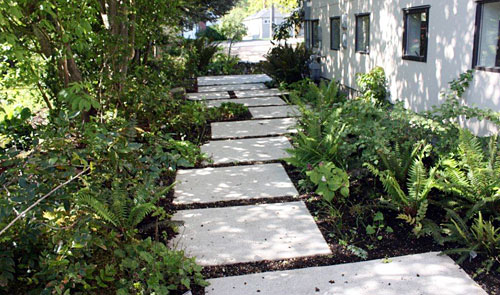 More projects
Since Louise began the project, her involvement in the conservation of native plants has increased tremendously, including:
• continuing to learn, salvage and plant native plants in my garden, trying to duplicate as much as possible natural Garry oak woodland ecosystems, while also adding “interest” native plants that make the garden attractive to people
• maintaining and improving the garden, based on new plants becoming available through salvaging or trading
• taking workshops on native plants, in particular native grasses
• joining the Native Plant Study Group (Native Plant Society of BC) and now the GOERT Native Plant Propagation Steering Committee
• guiding hundreds of people through the garden these past three years during spring open garden events. More than 150 plant species are labelled. 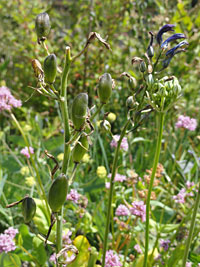 • giving away hundreds of native plants and thousands of seeds to others, particularly to Pacific Forestry Centre for “special” new plants; to Habitat Acquisition Trust (HAT) and GOERT for distribution to the public; to Swan Lake Christmas Hill Nature Sanctuary, City of Victoria and Fort Rodd Hill National Historic Site for restoration projects; and to individuals who visit the garden
• helping people who are developing their own native gardens by providing advice, plants/seeds and assistance with species identification and salvaging
• weeding the Pacific Forestry Centre native plant gardens
• working and volunteering her time to create a native garden at the administrative office of Parks Canada in Sidney
• helping restoration students with their native plant projects
• mentoring young biologists, a horticultural technician and and a landscape contractor interested in native plants
• giving several PowerPoint presentations (titled “From Blah to Wow in 18 Months: creating a native plant garden”!) to students, biologists, municipal staff as well as garden clubs
• distributing HAT and GOERT publications during her annual garden tours
• a new project that is just getting started: working with Mt. Maxwell Ecological Reserve volunteer warden, and soon with BC Parks and GOERT staff, to secure funding for the restoration of the Mt. Maxwell Ecological Reserve on Salt Spring Island 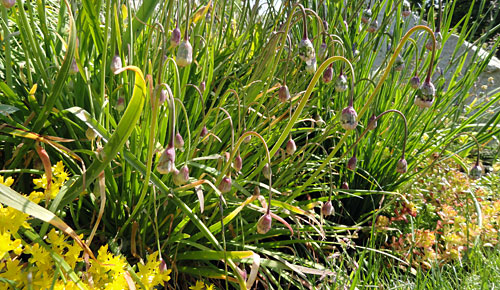 Here are some ‘before’ photos 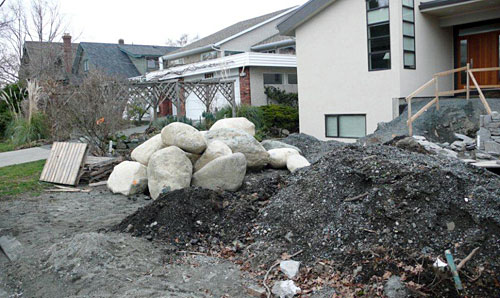 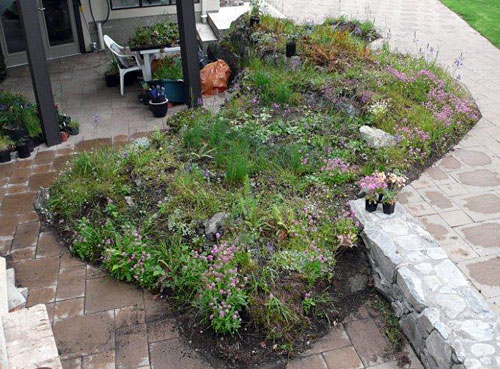 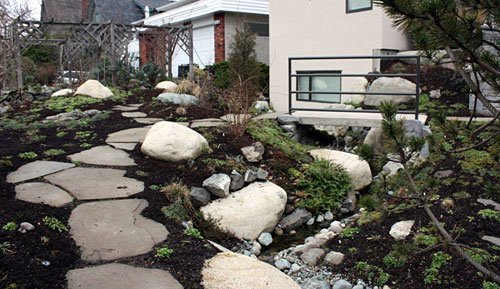 Louise Goulet can be contacted at louise@mcilvaney.com. See The Garry Oak Gardener’s Handbook for more inspiration and ideas.