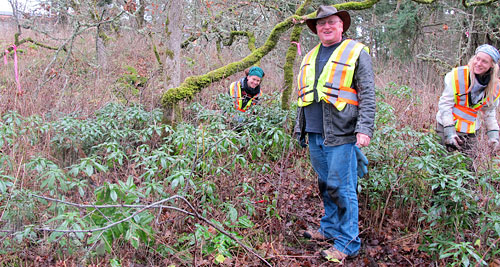 David Trudel and friends among the Spurge-laurel (Daphne laureola). David is a member of the Friends of Knockan Hill, a nearby park

Over the last few years, GOERT has increased its capacity to do restoration work on the ground. We now have staff and contractors working directly to restore habitat at nine different priority sites with species at risk, as well as supporting restoration efforts at dozens of other sites. 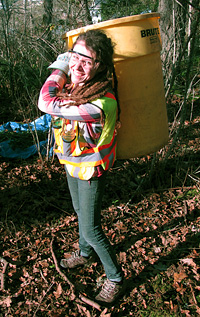 In 2010, the Town of View Royal approached us to help assess the ecological significance of a piece of land at the corner of Watkiss Way and Burnside Road, recently set aside as a municipal park, unofficially named Burnside Corner Park.
We identified an immediate need to restore it to a more natural state to protect its ecological value. Since that time, GOERT staff and volunteers have worked with View Royal to create a restoration plan and management recommendations.
In November and December 2011, our summer student Amanda Evans helped organize the first volunteer work parties to remove invasive species on the site. Removal efforts targeted a dense patch of Spurge-laurel (Daphne laureola) growing in the Garry Oak woodland and near a sensitive rock outcrop.
A great number of participants came out, many of them GOERT members and volunteers, along with some students from the University of Victoria and View Royal parks staff. Thanks to all! Work is ongoing, so there will be more opportunities to participate. 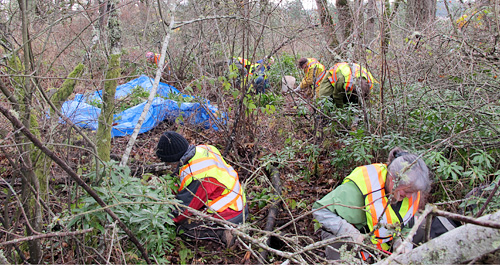 Volunteers hard at work clearing a dense area of Spurge-laurel 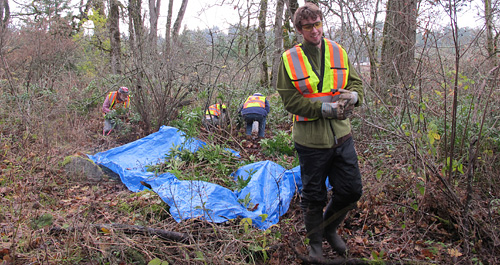 Mackenzie Adamson, a UVic student, seems to be enjoying himself. A nice break from exams? 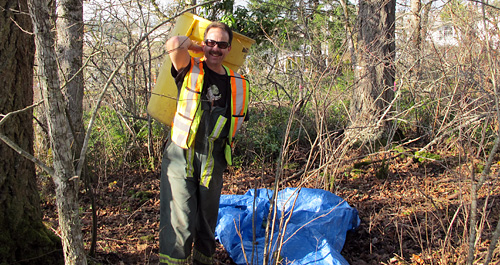 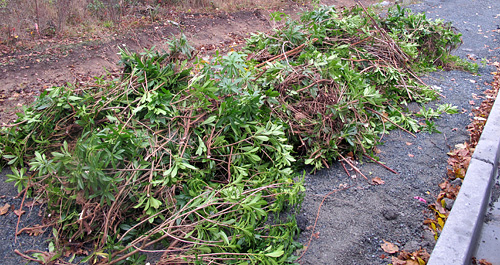 The large pile of Spurge-laurel that was removed in only five hours! 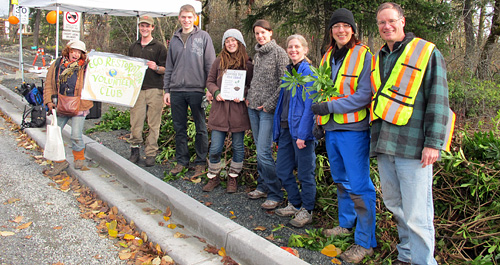 It’s the end of the day, and they are still all smiles!

Before & After: Spurge-laurel infestation before work began (left), and at the end of the work day (right)